Anđelina Đeđa Portolan was born in 1923 in Korčula. She graduated from high school in Zagreb and studied and graduated from the State Institute for Physical Education in Belgrade. After completing her studies, she is employed in Split at the Teacher’s School, and after opening the Chair of Physical Education, she moves to the Pedagogical Academy, where she stays until her retirement.

She received her first lessons in watercolor painting as a student at a civic school at the Guardian Angels Institute in Korčula, and in her mature years began painting at the instigation of the late Davor Domančić, a well-known conservationist, archeologist and art historian.

… Anđelina Đeđa Portolan is a happy woman, in her experienced years she began to pursue a job that the ancient Greeks thought was divine. where anyone can recognize her and anyone can peek into her imagination…
Her technique is watercolor, a breath-taking technique of the moment. A technique that seeks experience, precision, calmness and spontaneity. It is a technique that produces gentle and flashing light in the scenes of her paintings…

… Watercolors and temperaments, created over the last ten years, represent her expression with a brush, her intimate preoccupation with joy, her poetic soul, which transmits into the image the experience of the landscape, the warmth of the settlement, the vibrancy of still life, the experience of beauty that she reveals in everything that surrounds her. And that is where the gift of beauty observation has certainly given her the city of her childhood, Korčula 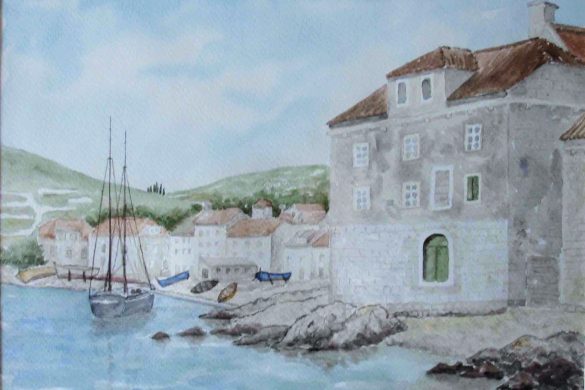 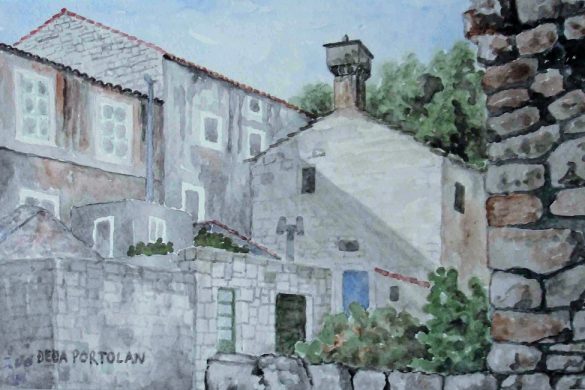 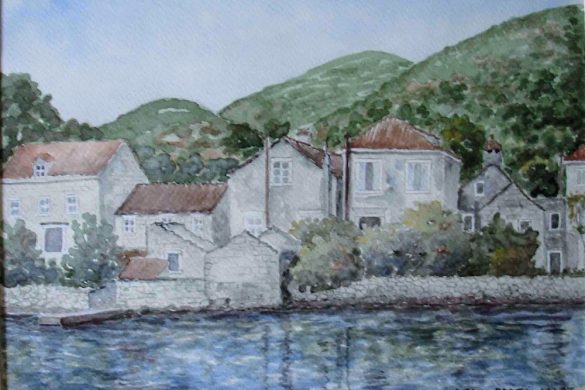 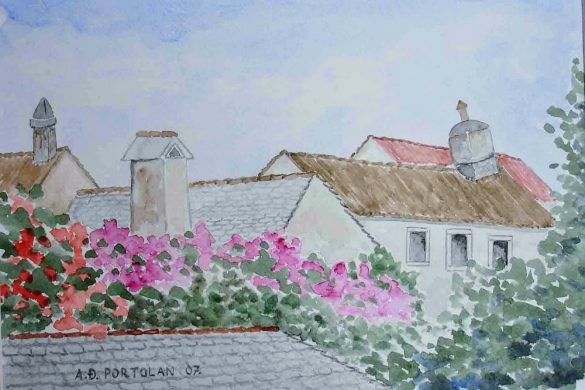